These movements in turn, produced balancing movements, fractures, folds, landslides, and the ascension and descension of ancient crystal blocks, forming the hills that today surround the region and the most recent layers of sediments. 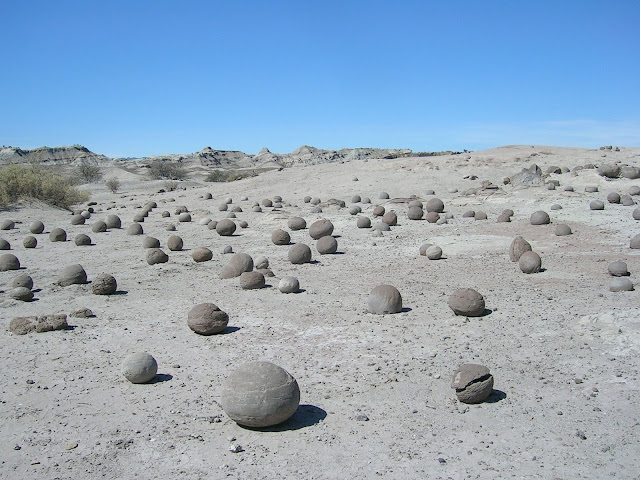 Wind and water have eroded the sedimentary rocks in the Valley of the Moon.

Sedimentary rock is one of the three main rock groups (along with igneous and metamorphic rocks) and is formed in four main ways: by the deposition of the weathered remains of other rocks (known as 'clastic' sedimentary rocks); by the accumulation and the consolidation of sediments; by the deposition of the results of biogenic activity; and by precipitation from solution.


Read also: The Yacuy Provincial Park is a protected natural area in the province of Misiones. | Argentina Photo Gallery

The Valley of the Moon in Prehistory.

Since the large reptiles had already disappeared in the Holocene era, some 10,000 to 12,000 years ago, the valley was populated by pumas, guanacos, Creole hares, and a new type of animal--the birds.

Descendants of the dinosaurs-the most spectacular birds of this valley are the condors and the South American ostrich. On the contrary, of the ‘true reptiles’, only the small lizards and some poisonous snakes (the coral and yarara) remain. 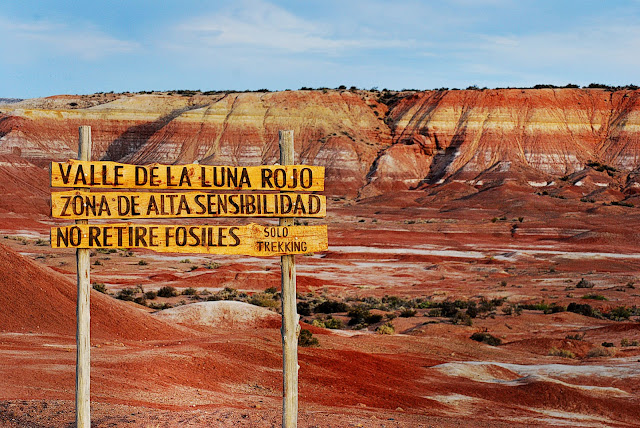 Man arrived here only a few million years ago and decorated the zone with his rock-paintings or petroglyphs and scattered his arrowheads in the area.

Bear in mind that the first scientists only appeared in the valley in the second half of the last century whereas, approximately one decade ago, the recording of the last mutation of fauna coincided with the arrival of the first tourists, who came to see this mysterious ‘Valley of the Moon’. 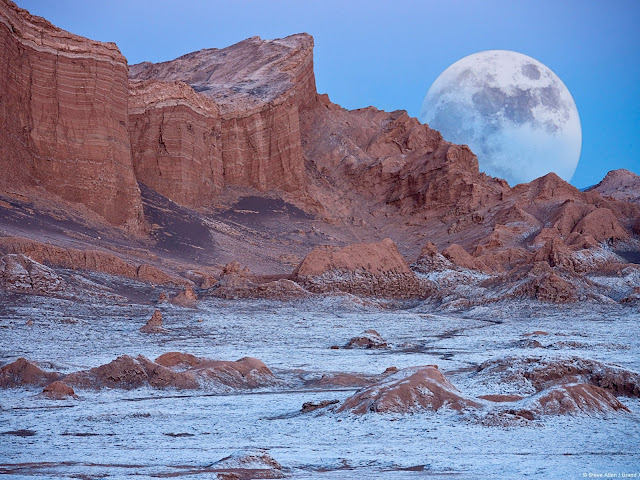 The existing infrastructure consists of nothing more than a small house for the park rangers and an onsite museum.

Travelers may, and it is strongly suggested they bring their own provisions, beverages, sunblock, etc. or whatever they feel necessary.. The tour around the park (40 km). Visitors are accompanied by a park ranger in their own vehicle, in a caravan with other cars, taking about four hours. Travelers can find lodgings in the charming village of San Agustin of Valle´ Fertil, or Pataquia, and Villa Union.


Wind and water have eroded the sedimentary rocks in the Valley of the Moon.Click to Tweet 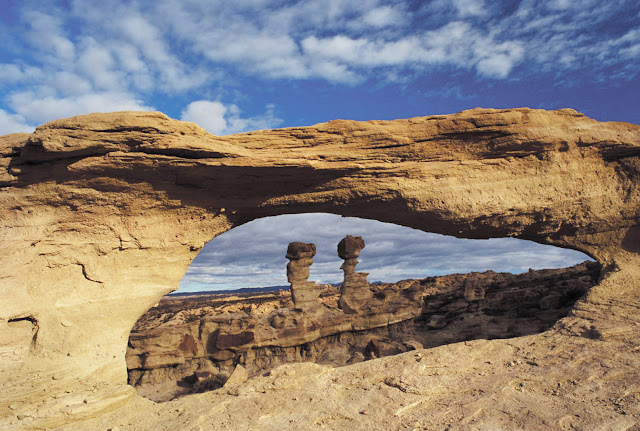 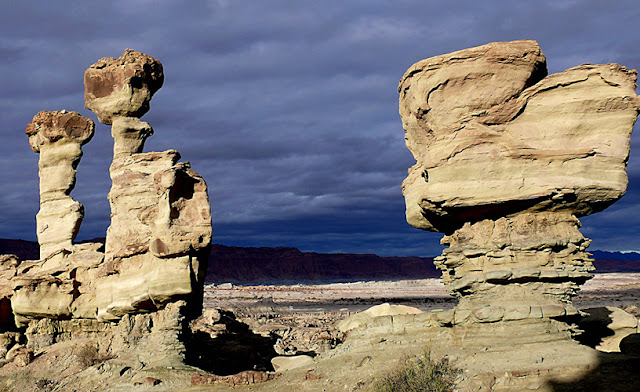 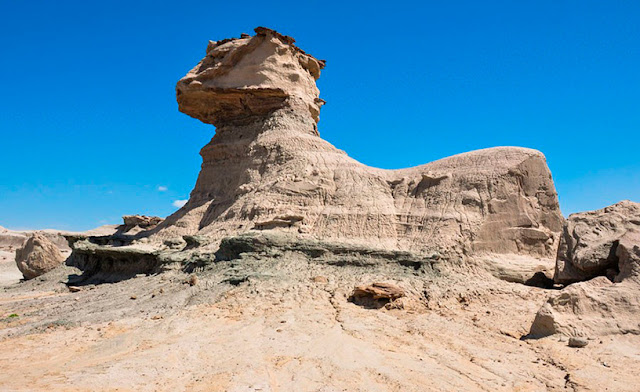