Activities include skiing at Cerro Perito Moreno or alternatives to energize the body therapies are new this season in the southwest of Black River. This Patagonian setting presents a different cultural, forged by this current hippismo which brought together painters, sculptors, musicians, photographers and luthiers.

A good ski season at Cerro Perito Moreno, a new isologo to reinforce the image of the destination and alternative therapies to energize the body are new this season in El Bolson.

The name of this city comes from the particular geographical conformation of the region, which resembles a pocket surrounded by mountains and glaciers, only 120 kilometers south of Bariloche and at the foot of the imposing Piltriquitrón. 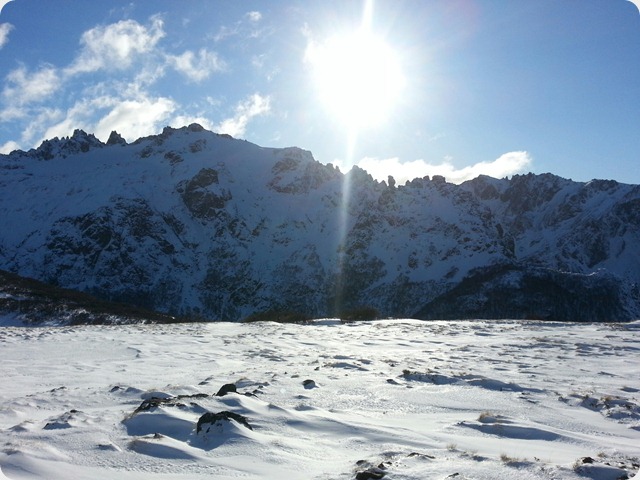 For native "is and will be a paradise of myths and utopias, where once flourished the dream of the Republic of Baggins."
A dream that contributed cultures of Aboriginal peoples, Chileans and European immigrants, the arrival of the hippies in the '70s, and professionals in the' 80s, who settled in the mountain valley a melting pot of influences.

El Bolson is also the Patagonian city with a different cultural, forged by current hippismo that brought together painters, sculptors, musicians, photographers and luthiers.

In 1980 he came to this Andean enclave Marcelo García Morillo, a musician who studies and interprets medieval music and already mounted in country 12 out own achievements, created the whole "Languedoc" and is one of the 10 luthiers who make instruments of that time. 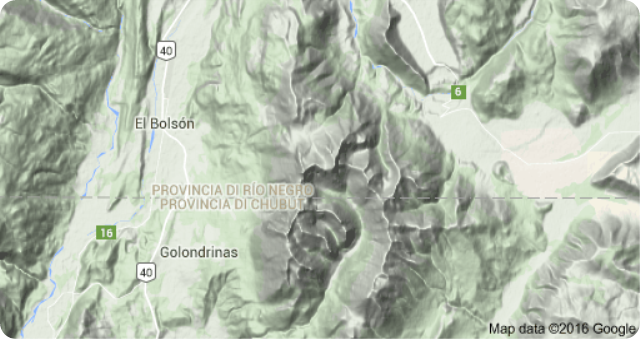 His reputation as a land of legends began in the 20s, when the American sheriff Martin Sheffields chasing bandits in the region and said he had seen an animal with a huge shell, four fins, long neck and small head.

What it was defined as a pleciosaurio and informed the Buenos Aires Zoo; from there the news leaked to the press and reached the United States, whose government claimed the animal claiming that he had discovered a citizen of that country.

The legend around the beast never found a century later faded when local historian Juan Matamala spoke with sheriff's daughter, and she confessed that it was she who had seen several times, the alleged pleciosaurio. 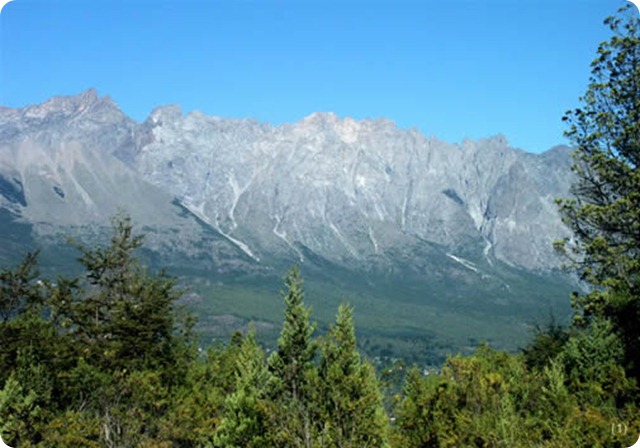 Paragliding, from the natural terraces "Piltri" emerged in the highest realms of the condors and bold quickly attracted worldwide who come to "hang" of thermal crossing the sky.

The courses last 20 days and athletes are housed on a farm that is facing the hill.

These days, Martin Baldajmira a paraglider of El Bolson and one of the biologists most knowledgeable of condors, is filming the last scenes of his film "The Way of the Condor", in which he seeks, finds and displays similarities between paragliders and condors.

The brewery El Bolson launched this year its new craft beer flavored chocolate, a product that adds up to another 15 flavors, and Juan Carlos Bahlaj, founder and creator of this emblematic establishment, suggests "to accompany dessert for flavor sweet ", saying that" is ideal for the winter. "

Tourists can enjoy this drink directly from the lagering tanks, choosing, for example, the "beer with honey", made with autumnal flower hops, or "smoked black" dark by the roasted malt with firewood forest. 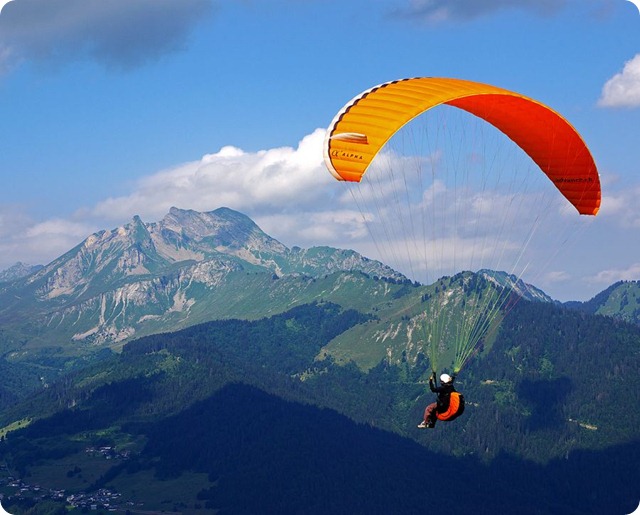 There, in the folds of its high walls, the rock art of Cuevas de las Manos, where settlers 9,000 years ago sealed their art and their witness of life is discovered.

His fame is not for nothing. Those hands, guanacos and geometrical figures stamped on the stone of the cave are the oldest expression, knowledge of South American peoples have.

This was understood by Unesco in 1999 when he was named Cultural Heritage. 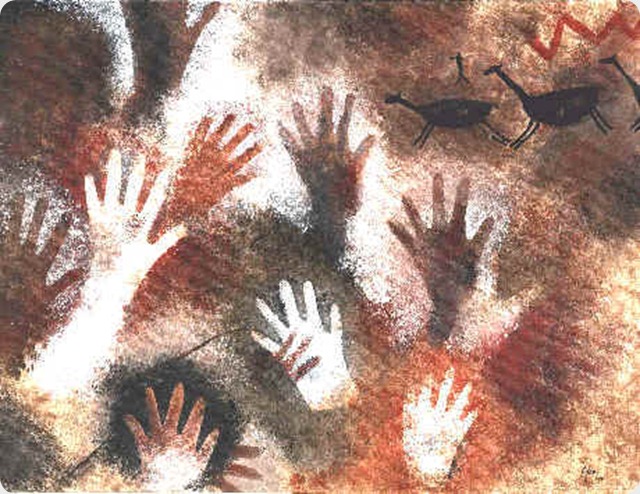 The nearby as people, Perito Moreno, is 163 kilometers away. And beyond, and near the Cordilera, it is the ancients, who was the resting place of the elders of the missing Indian tribes.

This whole area and not just the cave, including NacionalPerito Moreno Park (not to be confused with the Glacier National Park, which preserves the Perito Moreno Glacier.

La Cueva de las Manos is a rich archaeological and paleontological site. The valleys, canyons, lakes and rivers that make up rock shelter celosamentepinturas and different types of archaeological sites in their fields men who walked 14,000 years BC.

And in the grass, sea fossils testify that this region was long before that old man dwell.

In fact, the town of Perito Moreno is called the archaeological capital of the Province of Santa Cruz. 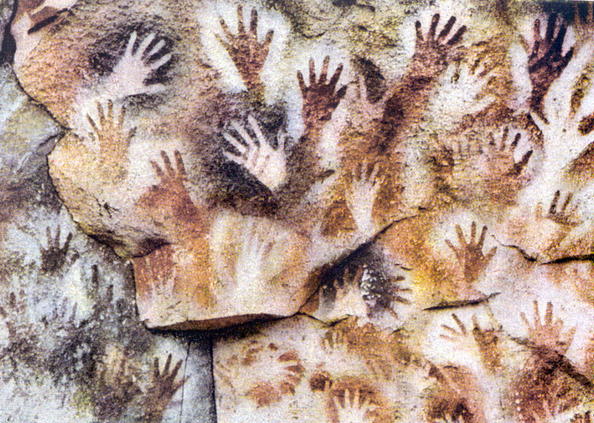 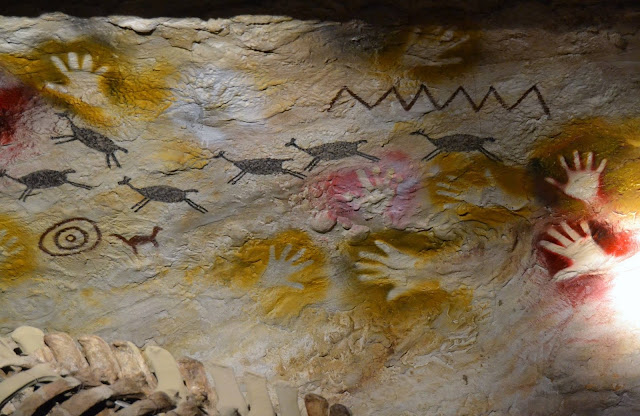 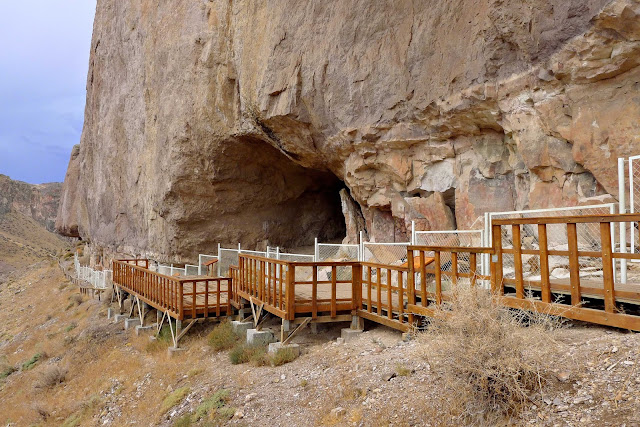 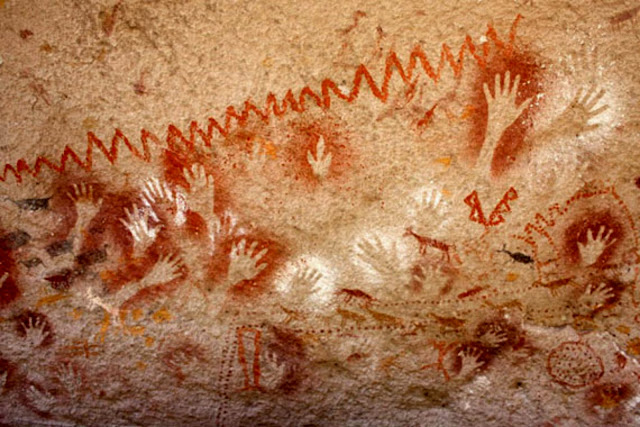 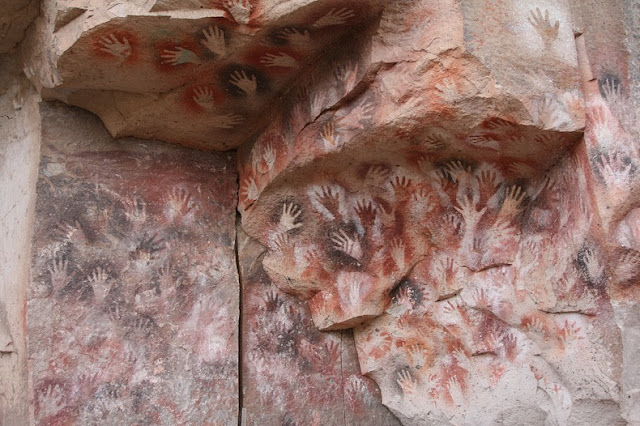 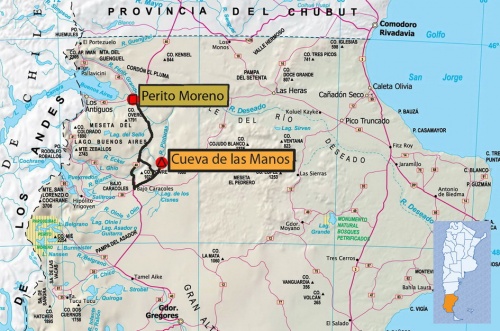 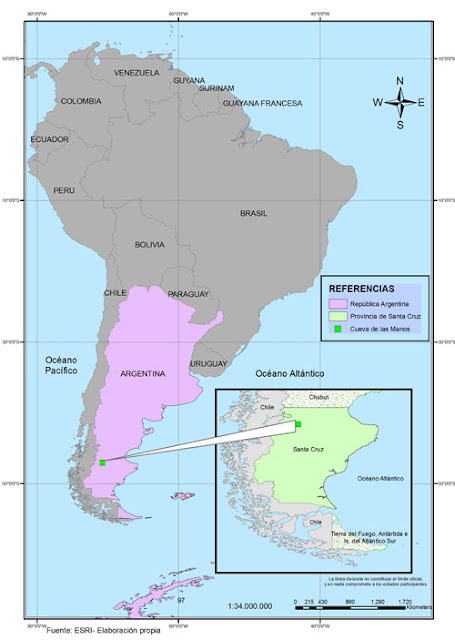 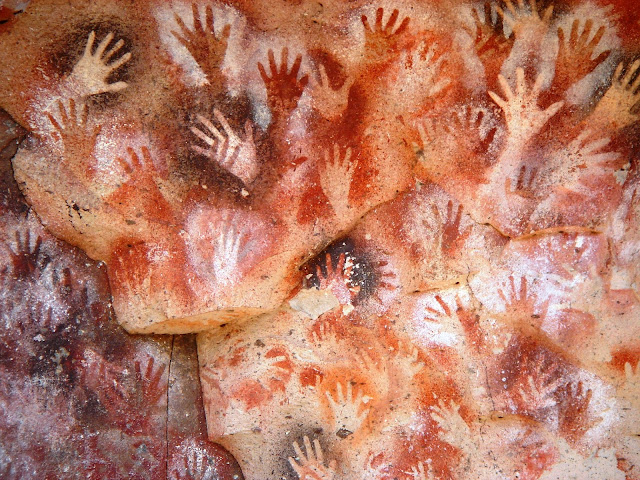 Etichette: Art, Patagonia, Prehistoric Art, Santa Cruz, Unesco
The populations of most mammal species are diminishing, mainly due to transformation of wild habitats and other problems caused by the expansion of the human population: deforestation, hunting, roadkill, poisoning, etc.
In the year 2003 some 62 species of mammals of Argentina are threatened with extiction, but doubtlessly many others now have very reduced and fragmented populations. Land clearing, crops, highways - even cities - result in the elimination of wild habitats, which are the only places in which these animals can survive.
As populations become fragmented there is no chance of genetic exchange between the isolated groups, leading to high risk of local extinction and eventually global extermination. Many species of Argentina are no longer found in vast parts of their original ranges, where they might still have been found only a few years back. 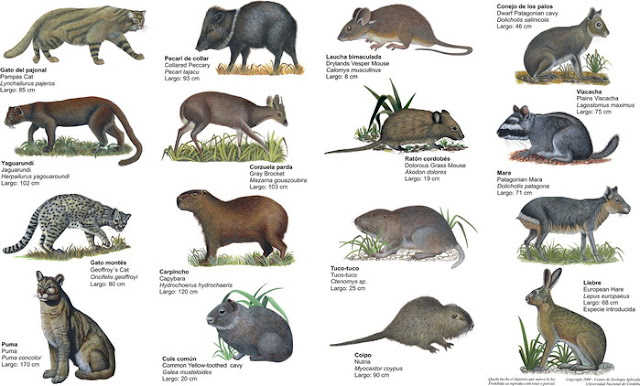 Eutheria - Mamíferos placentados
Eutheria - Placental Mammals
If you liked this article, subscribe to the feed by clicking the image below to keep informed about new contents of the blog:

Etichette: Animals, Biodiversity, Birds, Fauna, Flora
The avifauna of Argentina include a total of 1026 species, of which 19 are endemic, 7 have been introduced by humans, and 70 are rare or accidental. Of these, 45 of the species are globally threatened.

This list's taxonomic treatment (designation and sequence of orders, families and species) and nomenclature (common and scientific names) follow the conventions of The Clements Checklist of Birds of the World, 5th edition.

The family accounts at the beginning of each heading reflect this taxonomy, as do the species counts found in each family account. Introduced and accidental species are included in the total counts for Argentina. The following tags have been used to highlight several categories.

The commonly occurring native species do not fall into any of these categories. (A) Accidental - a species that rarely or accidentally occurs in Argentina (E) Endemic - a species endemic to Argentina (I) Introduced - a species introduced to Argentina as a consequence, direct or indirect, of human actions. 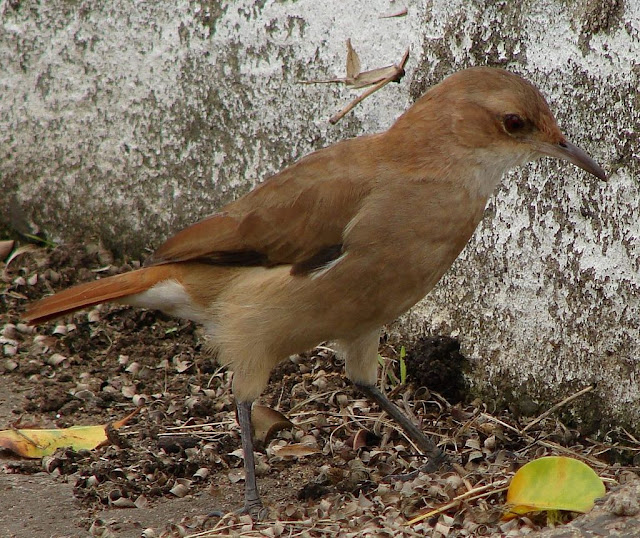 Etichette: Animals, Birds, Fauna, Flora
Patagonia is a sparsely populated region located at the southern end of South America, shared by Argentina and Chile. The region comprises the southern section of the Andes mountains as well as the deserts, steppes and grasslands east of this southern portion of the Andes. Patagonia has two coasts; a western one towards the Pacific Ocean and an eastern one towards the Atlantic Ocean. 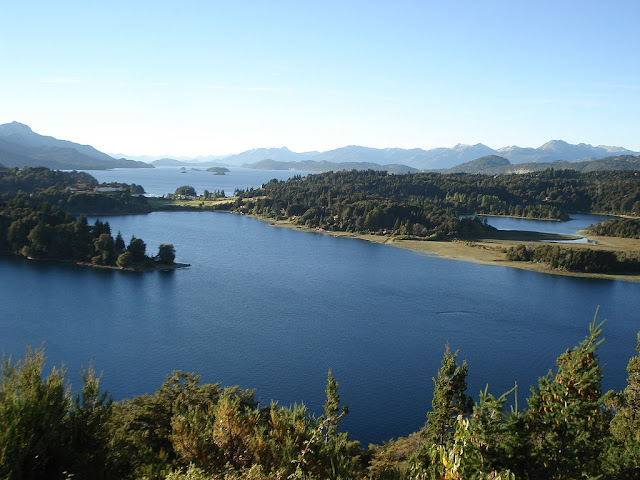