The National Park Lago Puelo is one of the most beautiful and unique reserves of PatagoniaThe Lago Puelo National Park  is a national park of Argentina, located in the northwest of the province of Chubut, in the Patagonia.

It has an area of 276.74 km². It was created in order to protect its wonderful landscape and the Valdivian flora, as an annex to the Los Alerces National Park, and declared National Park and independent reserve in 1971. 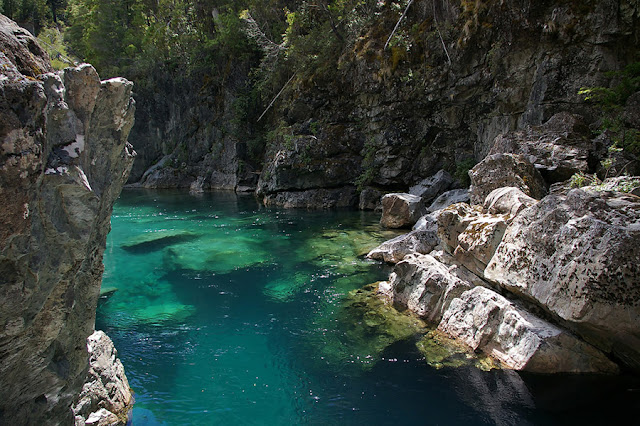 The protected area is named after the Puelo Lake, and belongs to the Patagonic forest and steppes and High Andes eco-regions, with maximum heights of two hundred meters over sea level.

The mountainous zone where the park lies was modified by the action of glaciers, which created many rivers and lakes, including the one (Puelo Lake) that gives the park its name. The rivers of the region show high levels of glacier sediment (silt), which gives Puelo Lake its blue color.


The National Park Lago Puelo is one of the most beautiful and unique reserves of Patagonia.Click To Tweet

The climate is cold and wet, although more temperate than other parks in the region.Mean temperatures range from 5 °C (41.0 °F) in winter to 17 °C (62.6 °F) in summer. Mean annual precipitation is around 1,400 mm (55 in), most of it being concentrated between May to August. Occasionally, snowfall can occur during the coldest months.

Some of the flora of the park belongs to the Valdivian rain forests (avellano, tique, lingue, ulmo). It also includes the ciprés de la cordillera, the coihue, the lenga, the radal, and the arrayán. The rosa mosqueta is an exotic plant.

The fauna includes the pudú, the huemul, the red fox, the cougar, and the coipo. Among birds we find the huala, the pato vapor volador, the bandurria, the pitío and the zorzal patagónico.

The lake features native fish such as the perca, the peladilla and the puyén grande, and foreign species of trout.