Whales in Patagonia, wonderful spectacle of nature in southern Patagonia.

Posted by Hugo Rep Posted on September 16, 2020 with No comments 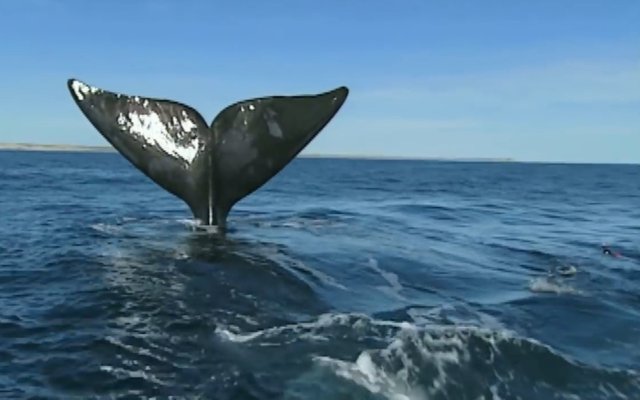 In southern Argentina, the country that includes the climates of the six continents, there is a planet: Patagonia

Lakes as big as seas, unique glaciers in the world, mountains covered with forests and perennial snow, huge windy and semi-desert expanses, the southernmost city in the world and waters of oceans that face eternally, meet, fight and mix: here it is this huge triangle of land where America ends. On these coasts, a naturalistic microcosm of incalculable ecological value, the Valdés peninsula, projects its beaches towards the open sea, where, imaginary border between the Antarctic waters and the South Atlantic, the right whale arrives at the beginning of the southern winter (May ) and reaches the Gulf of San José and, in part, the New Gulf to perpetuate its species in an almost uncontaminated natural area and where the observer can interpret, enjoy or study these giant mammals, but always learns to respect them if not to love them.

Whales in Patagonia, a whole show of nature. In the middle of the year a new sound is heard in the southern Patagonian sea. The right whale returns punctually to Peninsula Valdés, in Argentine Patagonia.
Whales arrive.

As every year about 600 specimens of each species arrive in the calm waters of the Golfos Nuevo and San José.

Like sea lions and elephant seals, whales are mammals that have adapted to marine life. But they have gone much further in their evolution.

Their limbs do not retain anything that can remind them of their previous terrestrial life and their enormous weight, on the other hand, prevents them from going ashore. Nor do they need it, because whales, unlike sea lions and elephant seals, reproduce in the water.

Despite the richness of the murky waters of the Valdés peninsula, this is not a feeding area for cetaceans.

In fact, during their stay in Argentine southern waters, they must live off the fat reserves accumulated during their long stay in the ocean. Despite this, the waters of the Valdés Peninsula are still the chosen place to carry out two fundamental missions: mating and bringing their young to the world.

The southern right whale in danger. However, these images were about to disappear due to indiscriminate hunting by whalers.

And the southern right whale stopped coming to these waters. Only years after the whales were protected did they return to this sanctuary.

50 years after the ban, the coasts of the South Atlantic began to show the presence of the southern right whale again. In Patagonia, in the province of Chubut, on the Valdès peninsula, Puerto Piramides, there is the possibility, between the months of May and December, of detecting the southern right whale and getting excited when the encounter is already anticipated from a distance.

Seeing a whale with its flounder is an unusual and unforgettable sight.

They represent the great attraction of the Valdès peninsula, where they reach the coast showing themselves in evolutions and jumps that would be said to be worthy of a classical ballet despite the size and enormous weight of the "dancers".